The plan was to stay for no more than an hour.

Four hours and a lot of wine later, I was still there. Oops.

The event was Gilbey’s 2nd Annual Portfolio Tasting in the impressive Guinness Storehouse and I hadn’t expected it to be quite so… big. We’re talking 300-wines-and-a-table-full-of-whiskeys big.

I mean, good grief. What are these people trying to do to me? And at 11 o’clock in the morning, no less. They must know that my camera does not have an angle wide enough for that amount of wine, to say nothing of my palate. 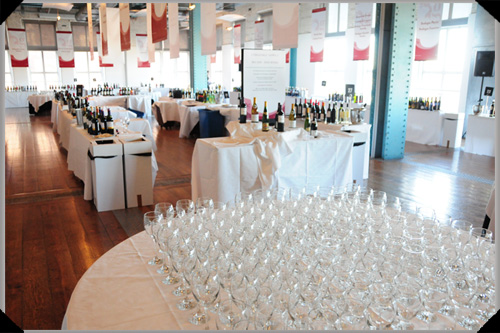 Wine glasses at the ready, deep breath and off we go

I needed a strategy if I was to survive the session and quick. It went something like this.

(1) Go for bottles tagged with ‘Must Taste’ labels
(2) Or bottles that were super-expensive (because, let’s face it, when else am I going to get the opportunity)
(3) Remember to spit – spit as if I were spitting for Ireland 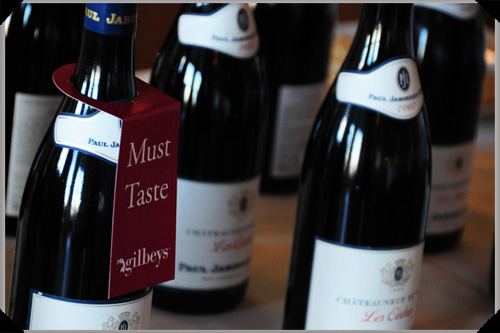 Helpful signage for the bewildered and overwhelmed

I won’t say that I was completely faithful to the strategy, but I did at least manage to leave with a head that was somewhat clearer than it had been after the last monster tasting event I attended.

I also figured out that my wine-to-cost compass is hopelessly awry. There were wines that retail at €120 a pop that left me cold, wines within my less-than-€20 grasp that charmed me – I’m thinking especially of the Lingenfelder rieslings from Germany – and wines like the €45 Musella Amarone della Valpolicella 2005 that I liked twice as much as wines that were twice the price. Wine, in the end, is about what you like – and if you can find something that appeals, and not have to spend a small fortune on it, then so much the better.

My education continued by way of a masterclass with Jonathan Maltus, a winemaker with operations on three continents, no less. He clearly knows a thing or two about vine juice, having produced wines successfully in Bordeaux, Napa Valley and the Barossa. 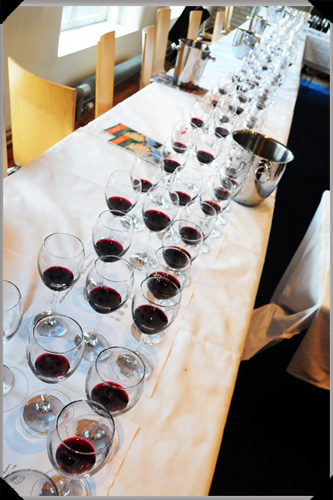 At the Maltus Masterclass:
I'll just start at this end and work my way up, then, shall I?

I learned, for a start, that he makes some beautiful wines – I particularly liked his Australians – perhaps not a huge surprise, as that’s the way my tastes seem to roll. I discovered that grenache – which he called the wine maker’s most hated variety – can actually have a bit of body to it (or, rather more bluntly, that I’ve been drinking the pissy stuff up until now). As a variety, grenache can be prolific in its production of grapes which, it transpires, is not always a good thing when it comes to making wine. If you want to make great wine, the man says, you don’t want to be greedy about it. Less, in this case, is definitely more.

And speaking of more, there was just one more thing.

As I left the tasting and checked my email, I read something that made my heart skip several beats. I received confirmation of an invitation to jet off to Argentina and Chile to visit the vineyards at Dona Paula and Carmen.

Did you hear that?

Argentina and Chile, people. In two weeks time. Nine days. Two vineyards. One Spud. (And, yes, a few other people as well).

I think I may justly be accused of leaving the best wine ’til last. 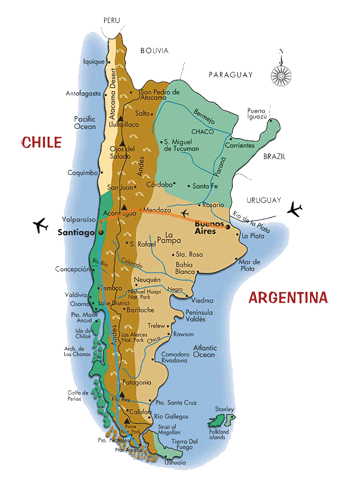