The following is the content of a letter to be opened in the event of my arrest and possible conviction for the (admittedly difficult to comprehend and almost unpardonable) offence of, er, smuggling seed potatoes into Ireland…

In which I plead my case for clemency and understanding.

I, The Daily Spud, do freely and of my own volition, admit that on Sunday last, the 24th of January 2010, I undertook to travel to the UK for the express purpose of acquiring seed potatoes to bring back to Ireland, knowing full well that, in the eyes of the nation, this is tantamount to an act of horticultural, if not national, treason. 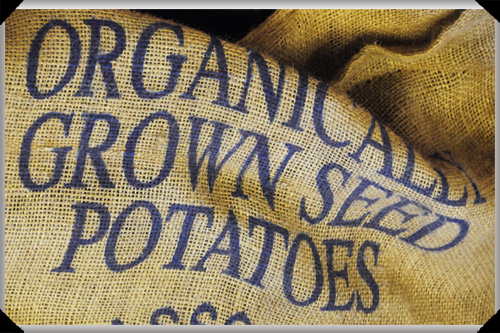 I further admit that, on that same day, I made good my return to Ireland with samples of 9 different varieties of tuber concealed about my person, to wit:

And while I may have successfully slipped back into the country with that lot in my possession, the fact is that they represented a mere fraction of the 80 or so varieties that were available for purchase by the tuber at last weekend’s Potato Fair in London’s East Dulwich, the target of my UK potato mission. Indeed, if I had chosen to travel this weekend instead, I could have gone to the Potato Day in Hampshire, where no less than 130 varieties were reported to be on offer. 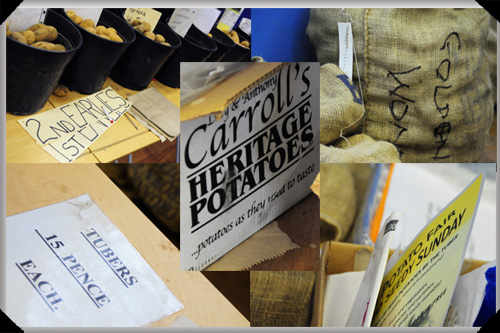 And that’s the thing, you see.

Whereas the UK plays host to a whole slew of such potato days, we don’t have anything to compare to that here in Ireland, in terms of the varieties available and the ability to buy single tubers of same. Yes, we have the Organic Centre’s annual potato day, though it’s both late in the season (from a seed purchasing point of view) and what’s available to buy is much more limited in scope than any of the UK equivalents.

The fact is that the potato appears to be enjoying a real resurgence in popularity in the UK, with particular interest in old heritage varieties. As your trusty reporter on all things potato, I felt it important that I travel across the water to have a looksee. And see I did, if nothing else, the genuine interest that was abroad, particularly in those heritage varieties. And I hoped that, one day, we might see a similar level of interest here, together with the ability to more easily source some worthy old Irish varieties, like Champion, one of my Da’s favourites.

So while it is true that I should be convicted, at the very least, on several counts of irony for bringing English potatoes into Ireland, I freely own up to the charges and can say only, in closing, that the blog made me do it.