Suffice to say that I was ruddy-cheeked by the time I departed.

That’ll happen when you (a) spend a few hours in a room with some 200 wines from 37 different New Zealand winemakers and (b) have yet to learn the necessary art of spitting. I’m feeling woozy just thinking about it.

The event was yesterday’s annual New Zealand wine trade tasting presented by New Zealand winegrowers and ably organised by Jean Smullen. The tasting room was filled with wine buyers and restaurateurs and people whose job it is to write about wine and, er, me (there will be no prizes for spotting the odd one out, sorry!). 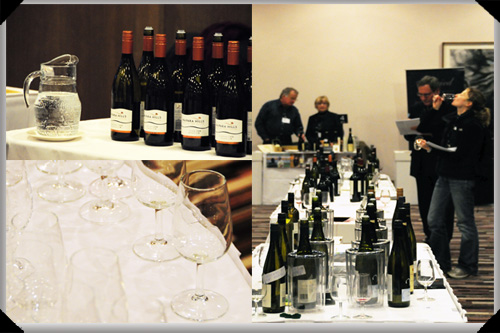 But while I might be more wine bluffer than wine buff, I did have one advantage yesterday, because I had already had the privilege of attending a private tasting with Patrick Materman, chief winemaker with Montana, the original makers of Marlborough sauvignon blanc, a wine for which New Zealand is rightly famous. On foot of that, I felt at least somewhat clued into what makes Kiwi wines the international force that they are. 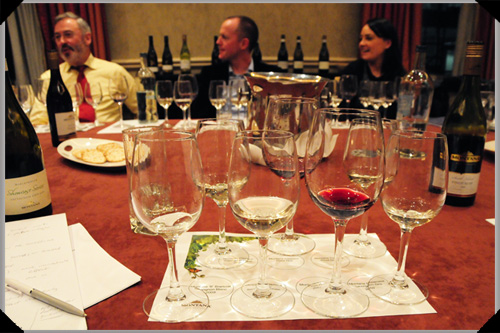 7 Montana wines for me to taste - somewhat more manageable than 200...

Leading the charge, of course, is sauvignon blanc, the grape which established New Zealand on the world wine stage a mere 30 years ago. If that drink you’re sipping reminds you of either grapefruit or passionfruit or both, then you may well have a Marlborough sauvignon blanc in your hand, as the compounds producing those two flavours are present in spades in the grapes of New Zealand’s Marlborough region (either that or you’re drinking fruit juice and perhaps you should consider switching…)

Newer again to the New Zealand repertoire is pinot noir, but it’s a grape that Montana and others (including the cast of the film Sideways) take very seriously. It requires careful handling and, when over-cropped, you get, as Patrick described it, the dreaded thin red wine. Done well, though, it can have undoubted grace and there was a lot of pinot noir finery on display yesterday. For my part, I will admit to departing the scene clutching a glass of Montana Terraces Pinot Noir 2007, determined not to let go. 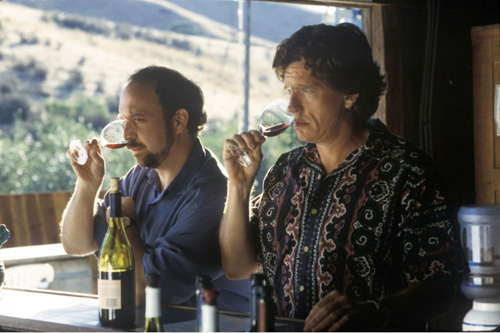 But New Zealand is not just about sauvignon blanc and pinot noir. Indeed, if anything surprised me about the trade tasting (apart from the fact that I was still standing at the end of it), it was the sheer range of varietals on offer. There were cabernets and merlots and syrahs, pinot grigios, rieslings and chardonnays. Unrestrained by any traditions of longstanding, the Kiwis seem determined to go forth and explore the full range of what it is that their soils and micro-climates can bring to the noble grape. 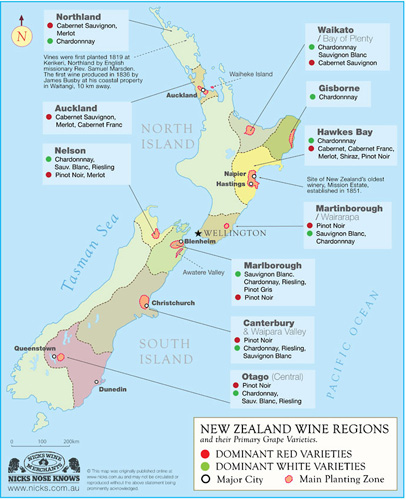 Within that burgeoning range, though, there is one combination of varietal and region which Patrick thought deserved to be better known, and that is riesling from Waipara Valley. Having only come lately to New Zealand rieslings by way of Muddy Water James Hardwicke Riesling 2008, I couldn’t but agree. I will be looking out for more of the same in future, while I can confirm that the Waipara Hills Soul of the South Riesling 2008 was responsible, at least in part, for yesterday’s particularly rosy facial glow.