A Tale Of Two Tastings

We interrupt this post for a short public service announcement.

It appears that I’ve been nom, nom, nominated in the blogger category for the Entertainment.ie Annual Awards – woohoo! I’d be honoured if you voted for me here.

Thank you. We now return you to our regularly scheduled programming.

Myself and KD were skirting close to that cinderella time of night, when it was best to leave before turning into something less than beautiful. We had spent the previous several hours at a lovely New Zealand wine tasting arranged by the good folks at Curious Wines. Guiding us through our suppage was Joyce Austin of New Zealand Boutique Wines, as we worked our way through 11 wines and played guess-the-grape and describe-that-taste (with, it has to be said, mixed success – frankly I blame the chili I had for dinner). We were very diligent about drinking everything that was poured for us, though, to the point of there being much giddiness at our table. Luckily, though my recall might be hazy, my notes tell me that the two which most appealed to my palate that evening were a 2008 reisling and 2006 pinotage, both from the Muddy Water winery. My wine horizons, I feel, continue to expand. 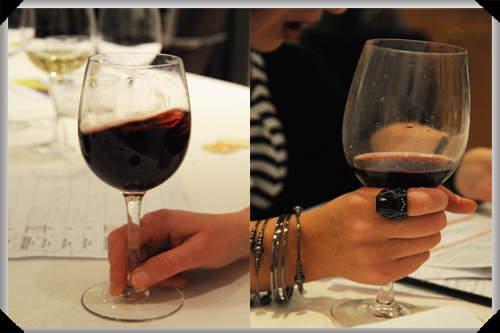 It's like this - you swirl the wine, then keep a firm grip of your glass lest anyone try to make off with it

Fast forward a few weeks and we same two were back in the tasting saddle at this week’s Wine Australia event, organised by the ever-enthusiastic John McDonnell. The aim of the game was to glory in the favourite Australian wines of Irish Times wine writer, John Wilson. All 70 of them.

Yup, 70. Seven-oh (or perhaps seven-uh-oh, depending on how many of them you drank). Midnight was starting to look like an optimistic finishing time.

Still, we managed to exercise some degree of restraint, even to the point of occasionally using the spit buckets, and not because we didn’t like the wine. And I satisfied myself with just a fraction of the 70 (though admittedly it was a rather large fraction of same). All sorts of styles, from fizz to port, and all sorts of prices, with the fabulous Penfolds Grange 2001 – which would set you back just shy of €200 a bottle – included in the mix (and, yes, the clever people went straight to that table). 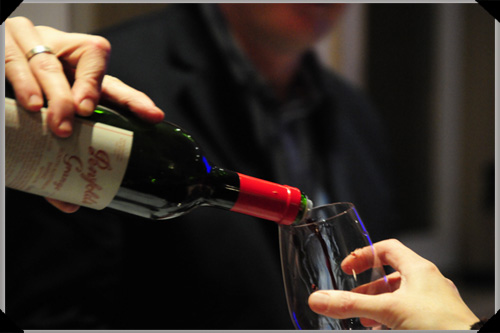 Penfolds Grange? Don't mind if I do

Fortunately, I also found plenty to like in the much lower price brackets. I would particularly like to thank the lady who pointed me towards the Yalumba Y Series Viognier 2007 – at around the €14 mark, it would be a much easier buying decision than the Penfolds Grange. I left whites behind and sipped through the pinot noirs, finding Yering Station and De Bortoli to my liking, and finally got to where I feel most comfortable, surrounded by bottles of shiraz. The Glaetzer Bishop Shiraz 2006, among others, hit the mark for me. 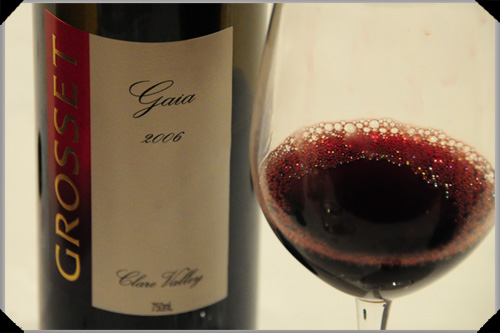 As for KD, in the brochure listing the wines for the evening, she had simply written FAVOURITE across the description of the Grosset Gaia cabernet blend. Capital letters ‘n’ all. She was a bit concerned that, at just under €40 a pop, she might be in danger of developing an expensive habit. She had a point, though it could have been worse – it could have been the Penfolds Grange, for which an even larger wallet would be required.