I Can Has Thanksgiving?

I wonder who exactly it is that I need to apply to if I want to borrow a national holiday?

Thanksgiving, I mean. It’s an event that generally passes us by on this side of the Atlantic but, having enjoyed several Thanksgiving dinners in the company of American friends and family, I’ve become quite partial to the event.

Finding no guidance on the matter of who to ask, I thought it best to go straight to the top.

I would like to borrow, if I may, your Thanksgiving holiday. Given that it has its roots in celebrating harvest bounty and involves eating lots of nice food, it seems like rather a good one to me.

May I remind you that you seem to have Paddy’s Day out on permanent loan, it seems only fair to claw one back. 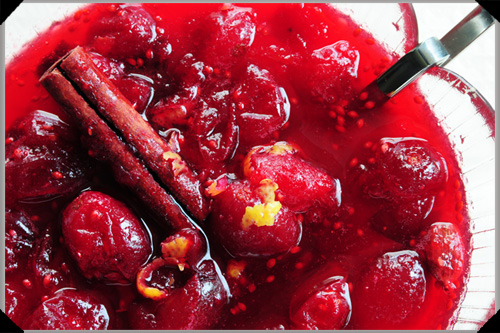 Giving thanks with cranberries

In anticipation of a positive response from the powers-that-be, I made some of this sauce, adapted slightly from a recipe by Rachel Demuth, which I first came across when I attended a course at her lovely cookery school in Bath. This always gets a whirl at Christmas along with this cheese and nut loaf and is, of course, perfect for Thanksgiving too.