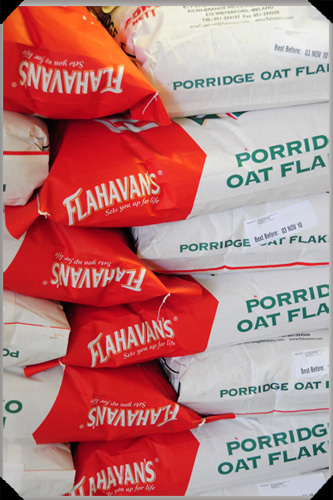 Mary Flahavan reports that her mother, at 92 years of age, is both hale and hearty and eats porridge twice a day. I suspect very much that these facts are related – good stuff, is porridge. 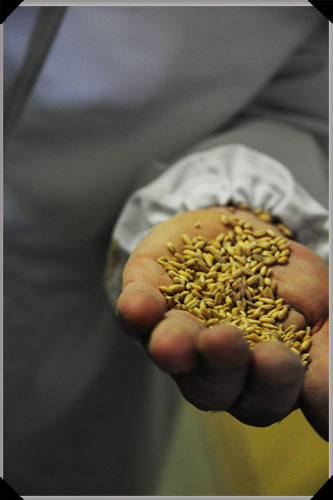 Oats, the stuff of porridge

Porridge is an ancient food and was the staple in Ireland until usurped by none other than the potato in the the late sixteenth century (sorry ’bout that oats, but a spud’s gotta do what a spud’s gotta do). Even after the über tuber made its Irish debut, oats cooked in the form of porridge or stirabout were still frequently eaten, becoming more common as a breakfast dish in the 19th and 20th centuries.

And where there were oats, there were oat millers. The involvement of the Flahavan’s family in milling stretches back over 6 long-lived generations. In this, the era of the heavily manufactured breakfast cereal, it’s refreshing to see that their enduring Progress Oatlets product has no “added this” or “reduced that” or “fortified the other”, but, rather, a shockingly spare ingredient list of one: wholegrain rolled oats.

That the Flahavans are still milling their oatlets at a site in Kilmacthomas, Co. Waterford, whereon mills have stood for centuries, and use oats that have been grown within a 60 mile radius of the mill, is heartening in a country where “The Mill” is far more likely to refer to a building that has been converted into apartments, rather than a millhouse that serves its original intended purpose. 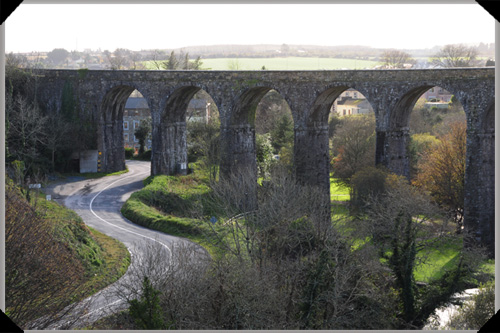 View from the roof of the Flahavan's mill. And, yes, I admit that I would quite fancy an apartment that had this view.

All of this and more I learned at first hand last week, when I had the pleasure of being brought to both see the mill and meet with John and Mary Flahavan, the current generation of owners. 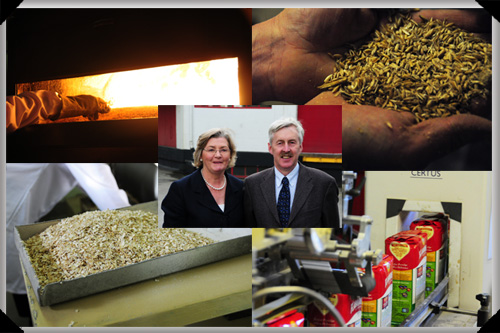 The Flahavans and scenes from their mill

Theirs may be a centuries-old business, but one which must adapt constantly to the demands of changing markets. In the 1930’s, Flahavan’s Progress Oatlets were so named because the new-fangled rolling process was deemed to be progress over traditional, steel-cut oats, drastically reducing the time it would take to make a bowl of porridgey goodness.

These days, progress for the Flahavan’s means developing the organic side of things. 15% of their business currently, the demand for their organic oats far outstrips the supply grown in Ireland but, year on year, they are working with farmers to make more organic oats happen here. Progress also means getting customers in on the porridge-making act, with the company announcing their first All-Ireland Porridge Making Challenge this week. You can read more about it below. It may be well worth your while.

Who says there’s no money in porridge?

The porridge challenge is a recipe competition for folks here in Ireland, with Flahavan’s seeking both the best porridge recipe and the best recipe using any of their oats range. First prize in each category lands the winner a very tasty €1,500, with runners-up benefitting to the tune of €500. Now that’ll surely keep you in porridge oats for some time to come.

I do like my porridge for breakfast, but I’m also partial to the odd muffin in the a.m. Armed, as I was, after my trip to the mill, with lots of porridge oats and also in possession of the last few apples from the Mammy, I came up with these guys, which have lots of apple plus oats on the double.

I used both Flahavan’s organic porridge oats and some of their pinhead oatmeal (which those in the US might know as steel-cut oats) for some added texture. The muffins are not especially sweet (nor are they meant to be – it’s breakfast, remember?) and are lightly spiced, which you can increase or change as you wish – for my part, I was inspired by Gastroanthropologist to use something other than cinnamon for a change.

They’re put together using the muffin mixing method – for more info on how that works, I highly recommend you check out what both Jenni and Joe Pastry have to say on the subject. 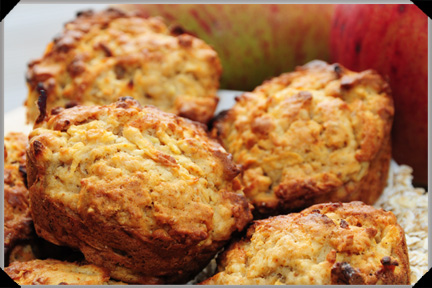