Spud Sunday: My Name Is Farl 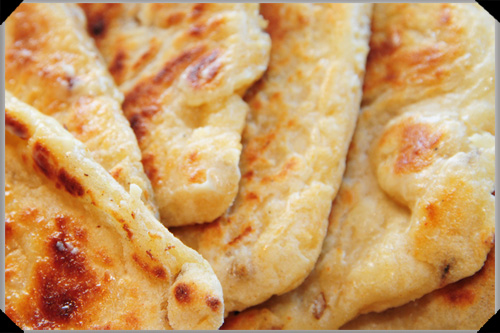 Sometimes Sundays should just be about potato cakes, big old fry-ups and mugs of tea. That was about where my Sunday was at today, I can tell ya.

Traditional Irish potato cakes are simplicity itself – boiled potatoes, melted butter, flour and salt, mixed together, sometimes with a little milk, shaped into wedges or patties and cooked on a griddle. Depending on which part of the country you’re in, they are referred to variously as potato cakes, potato farls, potato bread or fadge. Regardless of what they are called, they are as indispensable to an Ulster Fry as bacon and eggs, but, as Biddy-White Lennon notes in her Best of Irish Potato Recipes, they are, for reasons which escape me, not part of the classic Full Irish Breakfast lineup. No matter. They were front and centre in my breakfast lineup today and that’s what counts.

My Ma says she would never really have used measurements for potato cakes because the amount of flour absorbed would depend on the starchiness of the potatoes, so enough was added to make a workable dough. The amount of flour added is also a matter of taste – cakes made with less flour will be moister and probably rolled more thickly. The amount of butter is a taste thing too. You can reduce the amount used here and replace with a little milk if you like.

To spice the potato cakes, I added a little cayenne pepper and some toasted cumin seeds. For traditional potato cakes, just leave them out.