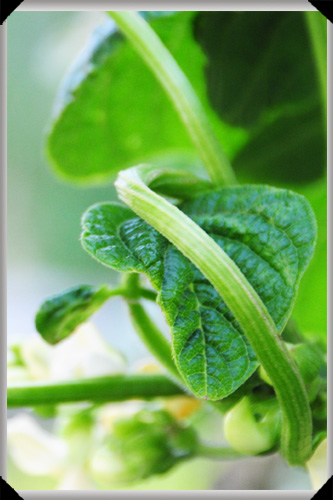 Fortunately, while the plants have become increasingly entwined with each other, I’m happy to report that they haven’t lost sight of their raison d’être (them being french ‘n’ all) and have also begun to do what they do best at this time of year, producing edible leguminous wares (yeah, beans in other words). Even if the tangle of plants means that harvesting requires a bit of breaking-and-entering, the spoils are well worth it. Just don’t tell the giant I’ve bean and gone. 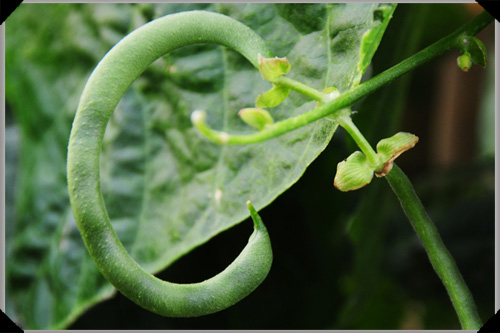 Once upon a time, I came across this particular way with french beans in Evelyn Findlater’s Wholefood Cookery book. It has since become the first thing that I think of making if there are french beans to be had. I could also have been more literal about my title and called this recipe French Beans With Sesame Seeds, Olive Oil, Garlic and Lemon Juice. That would have told you the whole story right there. 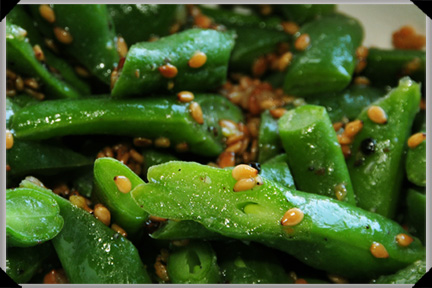