Hennessy would like you to come and sample some cognac and cocktails. Thursday, 3.30pm. You free?

Notwithstanding the fact that I am not much of a brandy drinker, I recognise the need to go forth and sample such things for the greater good of my readers. Besides, I am fond of brandy butter, brandy snaps and I’ve even been known to have the odd brandy alexander, so it’s not like I had a massive aversion to the task at hand. 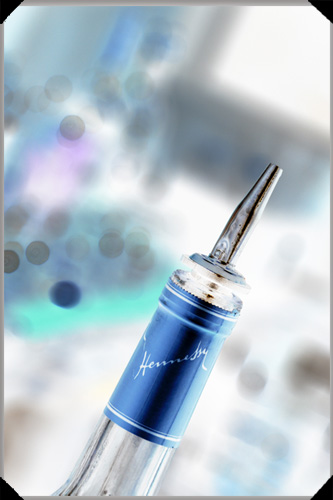 Seeing Hennessy in a new light

So, with my sampling boots on, I headed off for what turned out to be quite an educational affair (honest, guv).

For a start, I can tell you that Hennessy is a thoroughly French enterprise, but was founded by an Irish man back in 1765. Perhaps the name explains why there’s a bottle of Hennessy lurking at the back of every Irish drinks cupboard. Or why Ireland is the 4th largest market for Hennessy in the world after the US, China and Russia. And that’s not per capita, people. That’s 4th largest in total. It seems that other brandies don’t get much of a look-in in this country.

And brandy it is. That particular kind of brandy that originates in the Cognac region of France and which must adhere to strict requirements in terms of its production in order for it to be designated cognac. At the heart of the process is wine which is double distilled to produce a 70% proof substance known as eau de vie. That is then aged and blended to produce various cognacs. Even the youngest of the cognacs made by Hennessy contains eau de vie which has been aged for a minimum of 8 years, while some of the oldest are blended from eau de vies that have been hanging around for anything up to 200 years.

Fair enough, says you, but what about the important stuff. How did it actually taste?

I’d have to day that my first and lasting impression as we worked our way through samples of Hennessy VS, VSOP, XO and Paradis was of a kind of caramel. I read later about the concept of rancio, a taste peculiar to fine cognacs that has indeed been described as being like caramel but a little bitter. There was a definite mellowness with increasing age too and the Paradis, my favourite and the eldest of the bunch, was very mellow indeed. At €325 a bottle, however, I don’t think I’ll be finding any of that at the back of my drinks cupboard anytime soon. We also got to look at (but not taste) the cognac that costs €1800 per bottle. The drinks, it seems, weren’t that free. 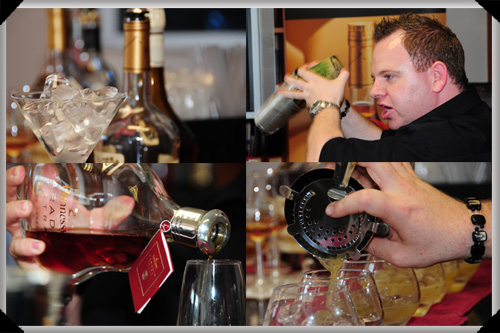 After the cognacs, we moved on to cocktails, for which Hennessy, by and large, recommend using the younger cognacs. So, yes, the bottle that you have at the back of the cupboard will do nicely. Our cocktail specialist, Alan, impressed all present with his mixology. We sampled Hennessy VS with ginger ale and ice which, I have to say, made for a very pleasant summer drink. We had the miami, a union of Hennessy VS, mint, lime juice and sugar syrup and Hennessy’s answer to the all-pervasive mojito. There were several others too, though I think that my head, like the cocktails, was probably getting a bit muddled by then!

Based on watching Alan, these seem roughly to be the proportions that he used, though, in the interests of thoroughness, I did have to mix one or two of these myself using that bottle from the back of the cupboard. I’ll just say that these proportions tasted good to me – though I have seen versions on the net that use relatively more cognac, so, if you feel like making it more alcoholic, be my guest.

Oh, and I guess you could try this with other cognacs but, shhh, don’t say I said so.

To see how the miami is really done, here’s a video that Damien took of Alan in action (and, yes, you do get to see me briefly, off to the side inhaling mint leaves, how exciting is that?). Damien’s post on the event has links to more video footage for those who are interested.