It doesn’t matter what day it is, Father, there’s always time for a nice cup of tea! 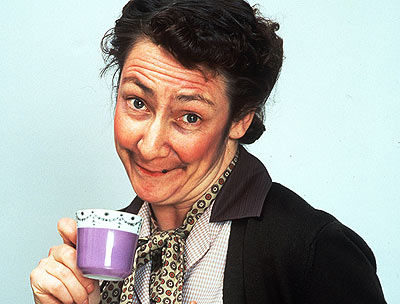 ...so says the iconic Mrs Doyle, of Father Ted fame
ready to foist tea upon all and sundry at any hour of the day or night
image from www.channel4.com

At heart, we Irish are still a nation of tea-drinkers. Notwithstanding the number of coffee shops that now proliferate, we still punch well above our weight in the worldwide tea-drinking stakes and we go mad for the stuff betimes. In fact, a headline from the New York Times, dated June 29th, 1894, reads thus:

"TEA DRINKING IN IRELAND.; Report Discussed in House of Commons that It Has Caused Insanity."

In truth, however, we are more likely to be maddened by the absence of good tea that maddened by the drinking of it, and will carry supplies of precious Irish teabags with us to the furthest corners of the earth.

It comes as no particular surprise, then, that our local purveyors of tea take considerable care in blending for the Irish palate. During the Taste of Dublin festival a few weeks back, I was invited to a tea-tasting session with the exceedingly charming and knowledgeable Nick Bunston, a master tea blender with Lyons and a real tea industry veteran, having been in the business since 1964. 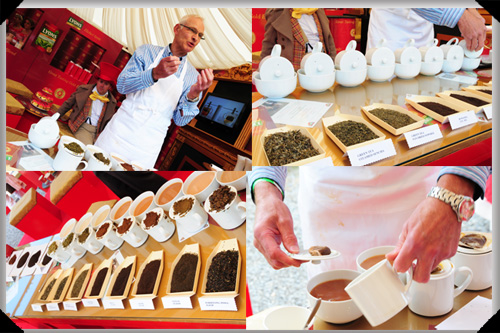 Accompanied by Darragh Doyle (no relation to the Mrs. Doyle), we watched as Nick did some precision brewing of a selection of the teas that Lyons use in their blends. Peter and Jean, the Cheap Eats people, stopped by too, though I think they were there just to verify that Taste of Dublin was anything but cheap!

Let me just say that I never imagined that tea-tasting was such an involved process.

The army of trained tasters employed by Unilever, parent company to Lyons, taste around 10,000 teas a week. Yep, I think I heard that right. Regional and seasonal differences in the tea crop mean that batches of Lyons original are re-tasted and re-blended daily. And what’s blended for the Irish market is different to elsewhere, which just goes to prove that we are right to pack our teabags when we travel. And if you’ve gone to the trouble of stashing those teabags in your suitcase then you will, of course, want to get the most out of them. So…

Of course, if you are an alien living in an oxygen-starved atmosphere, then these last two points are moot. And no, I don’t actually know any tea-drinking aliens. Perhaps it’s just a mild case of tea-induced insanity after all.

After a feast of factoids, we finished with a straight comparison of the giants of Irish tea, tasting some Lyons and Barry’s gold blend teabags, alongside a Tesco’s supermarket own-brand offering. I was actually mildly shocked to find that I preferred the Lyons version to Barry’s, boxes of which I always carried with me to the States when I lived there. Both teas are very good, though, and, it has to be said, either would beat the socks off anything on offer teabag-wise Stateside or maybe anywhere.