Spud Sunday: The Way Of The Spud

Y’know, a Paddy such as I could probably make themselves quite at home in the corner of Spain that is Galicia. The landscape is really quite green, the region does a good line in celtic diddly-eye music and the local cuisine features plenty of spuds. Walking through the countryside here, you might well feel like you have been transported to somewhere that has all of the appearances of the slow-paced, rural Ireland of times past, but with warmer weather and, it has to be said, better seafood. 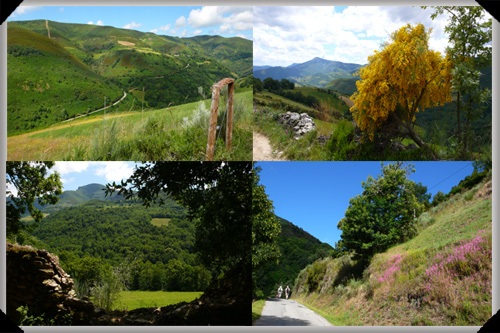 The borderlands of Galicia and Castile y León

It was the Camino de Santiago pilgrimage route that brought me to parts of Galicia and Castile y León this past week. The Camino, which stretches across Northern Spain and beyond into France and even further afield, is tremendously popular these days. It attracts all sorts of people with all sorts of reasons for wanting to tread its ancient pathways and, while I wasn’t necessarily there for the potatoes (which, if it were so, would surely constitute one of the more unusual reasons for doing the Camino), spuds did manage to permeate my week in their own way.

Walking the Camino route, I couldn’t help but admire the fine patches of potatoes and other vegetables along the way and, when it was time to eat, more often than not, there were pots of caldo gallego, a hearty galician soup with spuds, beans and greens, or slabs of tortilla española, the classic Spanish potato omelette, or pieces of trout, salmon or hake served simply with boiled spuds. When it was time to drink, well, patatas fritas aplenty were washed down with not a few cervezas.

So today, back in real, rainy Ireland and feeling a little nostalgic for those that I shared spuds with over the past week, I played some Spanish music, made my own pot of caldo gallego, checked my feet for blisters and, for just a little while, imagined that I was somewhere back on that ancient road. 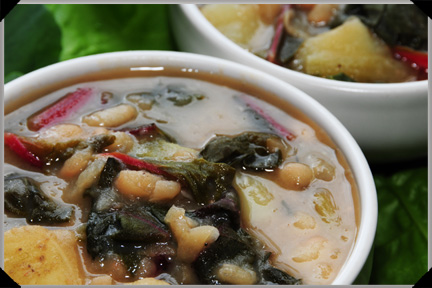