Ok. The sun is out. I think it might be safe to make a salad.

A bean salad with a cider vinaigrette to be precise. Just because.

Well, no, not really just because. There is method in my saladness.

I was contacted the other day by the Temple Bar Cultural Trust to let me (and others in the Dublin area) know about their upcoming Midsummer celebration on June 20th and 21st.

There’s a full low-down on the festivities here but it will include a Midsummer fair on the 21st with food stalls, crafts, maypole dancing and more, with Meeting House Square being carpeted with grass for the occasion. All sounds rather lovely. I’ll be going armed with an appetite and a picnic blanket and hoping that the sun continues to shine.

The other thing that the festival organisers did was to offer one lucky Spud reader a case of goodies, which includes apple juice, cider, cider vinegar and balsamic vinegar, from Llewellyn’s Orchard Produce, and which can be collected by the lucky person from the organisers during the festival (or afterwards if you can’t attend). I, of course, get to pick who that lucky person is. (Ah such power, I hope that it doesn’t go, cider-like, to my head…)

So here’s the deal.

Leave me a comment letting me know if you want in. And with a valid email address please, so that I can contact you if you win. I’ll leave this open until midnight, Irish time, on Thursday June 18th and then pick a winner at random from the entries and notify them on the 19th, so that they can pick up their loot during the festival (if attending) or arrange to do so later on. I know this geographically limits the competition to folks in a position to pick up the goods from Temple Bar (unfortunately, they weren’t throwing in delivery too) – on the other hand, for those of you in the area, you’re in with a pretty good shot of winning, so, go on, de-lurk and let me know if you’re interested. Meanwhile, here is something that you can make using just some of that cidery loot.

Update: And the winner of those very tasty apple-y goodies is… Aidan O’Kelly. Congratulations Aidan & enjoy! 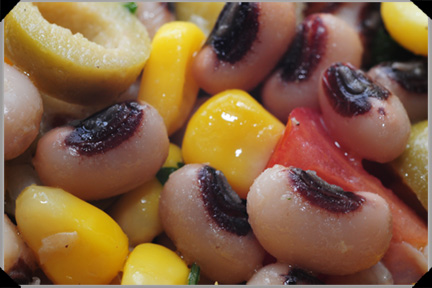