Spud Sunday: Slugging It Out

So, the other week, Greg enquired as to how my tater babies were doing and the answer, sir, is that my babies are coming of age… 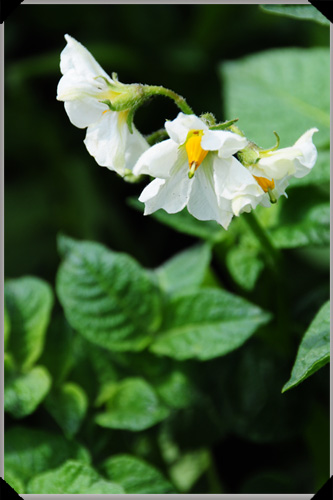 The blossomy heralds of potatoes to come

In just a few short weeks, the first of my spuds will be on the menu for eatin’. A cause for celebration indeed, but one which is tinged with not a little sadness, because some of my potatoes have already been eaten, and not by me but by a horde of marauding gastropods – that class of animals that includes slugs and snails and the name of which I find to be a particularly cruel irony.

And we are not talking about the premature demise of just any potatoes, but of my prized rarities, which, in this latest installment of The Tubers mini-series, have become the subject of a major slug offensive. It pains me to report that, of the 3 rare specimens planted, the slugs are 2 for 1 up, having savaged their way through the only viable shoots that existed on 2 of the emerging plants. I will leave you to imagine for yourselves the colour of my reaction when I made the awful discoveries. No need to call in the CSI team to crack this particular case – the telltale silvery slugtrails were all over the scene of the crime. And yet… the question had to be asked. Just how could this have happened? It’s not like we’re dealing with lettuce here.

The truth of the matter is that, in a move which I will eternally regret, I had committed those particularly precious seeds to the ground in that spot in the garden which marks the very frontline of attack for those barbarian beasties. It lies directly in front of a patch that is damp and dense with assorted foliage, which makes it a top spot for slitherers of all shapes and sizes. While I find spuds, in general, to be that bit hardier in the face of slugs than your average lettuce, even a baby potato plant will not stand up to a massed invasion of slime. Alas for those particular babies, the odds were not in their favour.

Still, it’s not like I will be spudless for the summer. Far from it. I expect to spend July and much of August eating my way through the bounty that the rest of the potato patch will have to offer and, though I may continue to curse slugs and their ilk, it is I who will be dining on my spuds by then and not they. 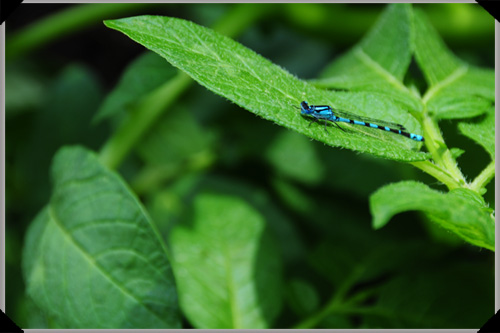