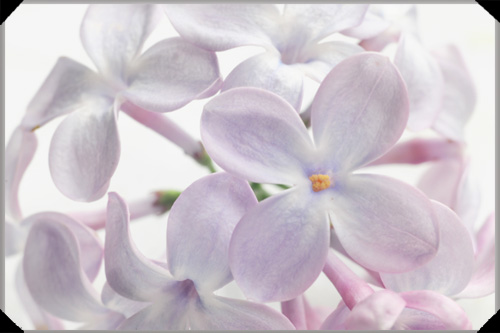 Yes, lilac ice cream. I was going to have to do something about that thought, but where to begin?

For starters, I wasn’t even entirely sure if lilac flowers were edible (but the Internet said they were, so I took that as a positive sign). It’s also fair to say that the culinary world isn’t exactly awash with recipes involving lilac. The flavour of lilac is reported as being quite variable from plant to plant, which might, perhaps, explain why you don’t see it used more. In any case, I did find a recipe for a lilac-infused pastry cream and took heart. The other feature of this little experiment was that I had never made ice cream before and was not the proud possessor of an ice cream maker. Undaunted, however, I forged ahead with my flower-powered ice cream dream.

In the end, after a couple of experimental batches, we did have some lovely ice cream, though it didn’t have that full floral perfume that had inspired me to try making it in the first place. My milk-infusion had tasted distinctly of lilac, though that dissipated somewhat with the addition of the sugar, eggs and cream. My tasters instead wondered if what they were sensing was vanilla but I could close my eyes and taste the flowers.

I used David Lebovitz’s vanilla ice cream recipe as a template for this, though amounts have been changed to protect the innocent. If (like me) you don’t possess an ice cream maker, don’t be put off, he has guidelines for what to do here.

The total amount of ice cream in this is small (and the first batch barely lasted long enough to get to the solid stage) but I didn’t want to have to sacrifice too many ingredients if it all went horribly wrong. It can certainly be doubled up or more to make a more sensible amount.

I’m still experimenting with the amount of time to infuse the milk for and this will be somewhat dependent on your own tastes too. 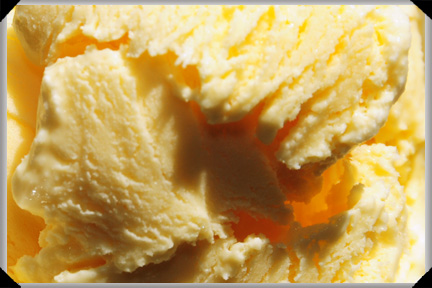 Update 12/7/09: It’s July and ice cream season is in full swing, so I’m dusting this off and sending it along to Scotty Snacks, Tangled Noodle and Savor The Thyme for their Ice Cream Social. The lilac florets may be long gone but there are lots of edible flowers out there and there’s no reason not to think of including them in your ice cream!