Moseying down a country lane in Ireland at this time of year often involves negotiating a path somewhere between the narrow roadway on one side and the inevitable ditch full of stinging nettles on the other. Yesterday afternoon, however, as I was giving the scads and scads of nettles an advisably wide berth, I was stopped in my tracks by a single thought, and the thought was this, that here was something I could eat… Without any further ado, I beetled back to my parent’s house, with a mission in mind which was going to require a pair of thick gloves. 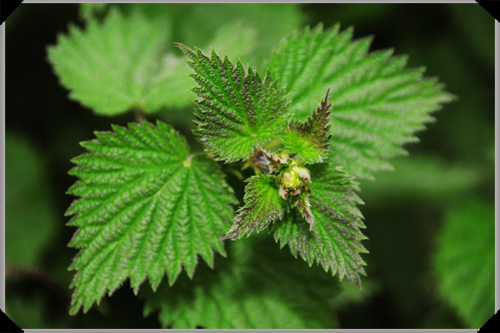 Foraging, it seems to me at least, is all the rage these days. I mean Greg has been at it in LA, Sapuche in Hawaii and Marc in New York, to name but a few. Somehow, though, foraging seems almost too grand a word for what I did next, which was to walk to the back of my parents garden and snip a few nettles, but I suppose it does count as such.

The key thing with foraging for food in the wild, of course, is that you need to be able to identify the edibles in the first place, because they don’t come conveniently labeled in a package or from a market stall. Fortunately, I have absolutely no problem identifying nettles and, if your bare skin has ever had the misfortune to come into contact with any, neither will you.

It was quite traditional here in years gone by to pick young nettles in spring and cook them up in soups and such, almost like a spring tonic, such were the good-for-you qualities of this alternative green.

As my Ma did was telling me this, she did rather emphasise the fact that it was young nettles we were talking about. The nettles I had picked weren’t quite so young looking anymore.

It’s like spinach, my Da kept chirping in from his chair in the sittingroom.

So, undeterred by the fact that I had not-so-youngish nettles, I made this, which is like something I would make with spinach. I will say that the age of the nettles did this dish no favours, as they never really got very tender and would probably have been more suited to being put in a soup or stew at this stage, if anything. Still, I’ll be keen to try this next spring, when I’ll have lots of tender, more spinach-like nettles at my disposal.

Nettles With Ginger And Yoghurt

Young, tender nettle leaves are a must for this. The older leaves get tough and chewy. 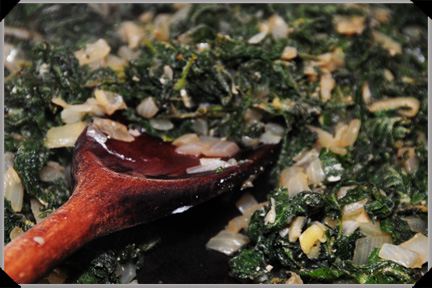