This quiche is indeed, in its own way, somewhat curious, because spuds appear twice but not in any immediately identifiable form: 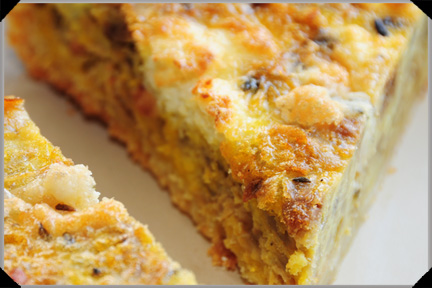 I have seen versions of this in various places, including Lindsay Bareham’s In Praise of the Potato. It’s recommended for use with savoury pies, like steak and kidney, so I thought I would give it a whirl with the quiche. I will say that, while it made for a nice crust, the pastry was tricky to handle and I did have to do a lot of patching.