This all came about as a result of having gotten my paws on the first rhubarb of the season from my mothers garden and I simply thought, well, stew that! I have to thank Christie from Fig and Cherry [1] for suggesting this particular combination. I was about to stew the rhubarb with my usual pinch of dried ginger when she mentioned (or should I say tweeted) that she loved it stewed with orange juice and a cinnamon stick. So I went with that and it was very fine indeed. 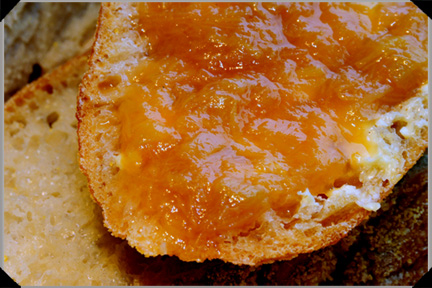