Whatever about today being Paddy’s Day (and a very happy Lá ‘Le Pádraig to one and all), I can confirm that tomorrow, in my own little corner of the universe, it will be Biscotti Day. Biscotti Day doesn’t have a fixed date in the Spud calendar, but depends on a particular alignment of circumstances and sentiment which result in me taking a notion that biscotti needs must be made and graciously bestowed upon my fellow workers. 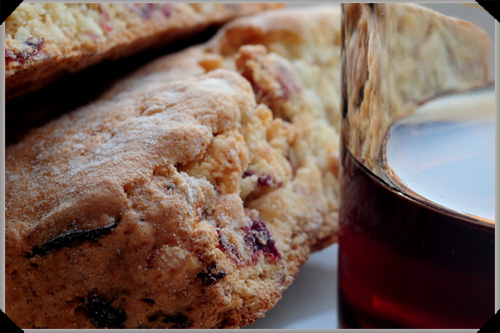 Biscotti and madeira, a match made in heaven

I have been in love with these twice-baked goodies ever since I learned how to make them at a one day course with Rachel Demuth at her cookery school in Bath. They were the first things I wanted to make when I got home from the course. I made them, brought them into work and found myself to be the architect of everyone’s happiness, for that day at least. Periodically thereafter, and when I was feeling particularly well-disposed towards my partners-in-work, I would make a batch of biscotti. It got to the point where the sight of a certain container being drawn forth from my bag upon arrival at work would generate a little frisson of excitement. Word would spread. Eyes would light up. This was Biscotti Day.

So today, the planets, in the midst of hurtling hither and thither across the universe, managed to align themselves in a formation that said biscotti. I took the hint. It was the right and only thing to do. I made my beloved biscotti and tomorrow, at work, and for reasons that will later become apparent to the eaters, it will be Biscotti Day. The Biscotti Day to end all Biscotti Days in fact.

This a slightly modified version of the recipe as presented by Rachel Demuth at her lovely cookery school in Bath. 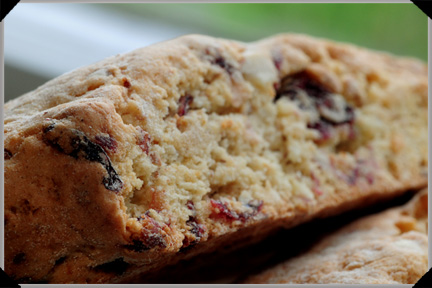