Well, duh! Of course ingredients matter. The quality matters. It affects the nature and quality of the end result. This is always true but most acutely noticeable when the number of ingredients in a recipe amounts to a mere handful.

Take your basic loaf of bread, for instance, which has some flour, some liquid material, some raising agents, and not a lot else. The taste and texture of your bread will have rather a lot to do with the flour you use. Rocket science this ain’t (and I should know, I used to work for rocket scientists!). So, for a 100% wholewheat soda loaf, you would do very well to use a nice, coarsely milled soft wheat flour. For me that means Abbey Stoneground. 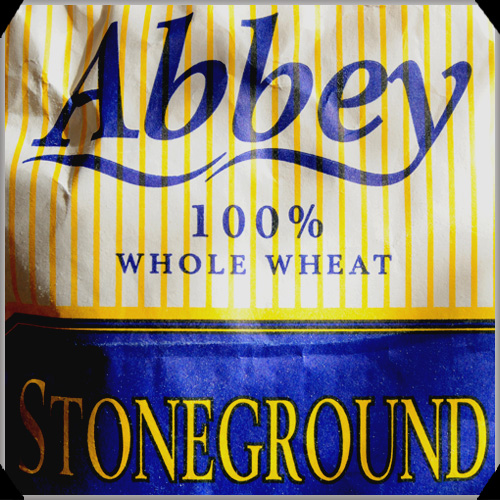 This flour was traditionally milled by the Cistercian monks in Roscrea in County Tipperary (though it is now milled on their behalf in Cork) and is the very flour that Elizabeth David recommends for her 100% wholewheat soda bread in English Bread And Yeast Cookery. More importantly, it is the flour that my brother P, who went to school in Roscrea, uses for his wholewheat pancakes, and who reports that “Roscrea Bread” was famed locally.

The savour of the wheat in bread made from this very coarsely milled meal is beyond compare.

I think we can infer from this that she liked it. A lot.

This is not to say that you can’t make 100% wholewheat breads with other flours. Which is just as well, because you probably won’t have much luck getting this particular flour outside of Ireland. For those of you in the States, Tiger Chow reports having made wholewheat soda bread using King Arthur Irish Style Wholemeal Flour with very good results. That particular flour doesn’t look to me to be anything like as coarsely ground as Abbey Stoneground but what can I say, you’ll have to experiment. Foodireland.com carries both Howards One Way Stoneground and Odlums Extra Coarse Wholemeal, which are worthy substitutes, but not Abbey Stoneground itself. We like to keep that one to ourselves, apparently. 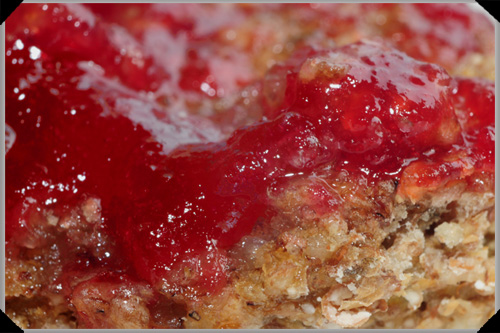 So here is a formula for 100% wholewheat soda bread adapted from Elizabeth David’s version. A few things to note: 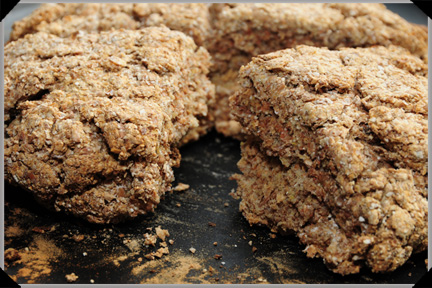