Q. So when is a courgette not a courgette? A. When it grows up and becomes a marrow…

This being my first year to grow courgettes, I have watched with great interest the transition from imposing yellow flowers to fledgling courgettes to vegetables of serious marrow proportions (which is exactly what happens when you leave the plants unchaperoned for a few days at the height of a wet summer – now that’ll teach me..). Not that you should necessarily write off overgrown courgettes of course. The unchecked expansion which results in the achievement of marrow status doesn’t do the flavour any favours, but they might win you a prize if that’s your thing… 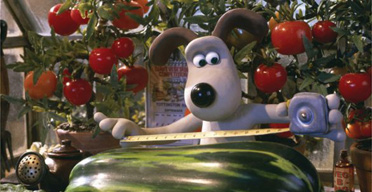 Keeping an eye on the prize... (image from www.guardian.co.uk)

The few marrowesque courgettes I produced weren’t prize winners by any means and, happily, were still worthy of being transformed into courgette & onion pickle. Besides, I should mention that I have form when it comes to oversized courgettes. One summer during my college years I was given a beastie which was well on its way to marrow-hood and, poor student that I was, I think I dined on it for about 2 weeks. I did at least discover that frying slices of said mega-courgette in olive oil with fresh rosemary leaves and a splash of lemon juice was a rather good way of dealing with the situation. I still like to cook courgettes that way, though this summer, when I felt like a bit of a kitchen production coming on, my mini-marrows got used in this variation of a wonderful Denis Cotter recipe:

Some of the home-grown participants...

I actually happened upon this while looking for things to do with the rather handsome rhubarb chard that had managed to survive the seasonal slug onslaught. The original recipe (which can be found here) called for a kilo of chard, which was beyond my humble yield. I did, on the other hand, have rather a lot of courgette…. not to mention onions, which also snuck in.

The Other Gratin Innards: